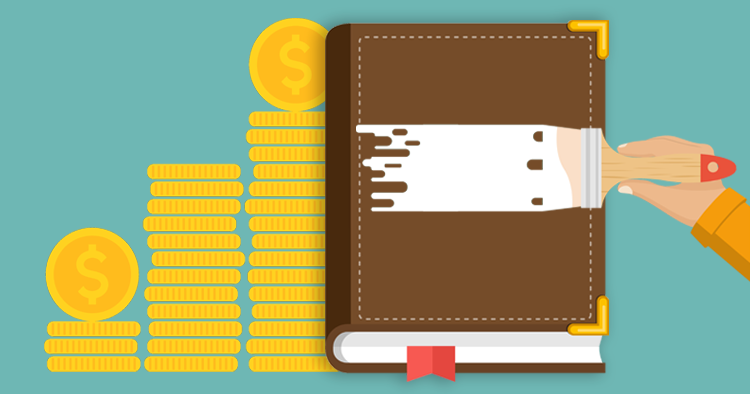 One of the biggest fallacies still held by some in the publishing world is that cover design doesn’t really matter. In other words, a great book will still thrive even if it has a terrible cover. But in the absence of overwhelming word of mouth or a gangbusters publicity tour, a book’s marketing efforts will rely heavily on its cover.

We could go on all day about how a great cover projects an air of professionalism and is essential for nurturing the author’s brand. But let’s get straight to the brass tacks: Does a professional cover boost a book’s sales enough to justify the cost?

To answer that question, we at Reedsy recently ran an experiment to see the effect cover design has on marketability. We asked experienced publishing professionals to redesign the covers of four self-published books from different genres. Using Facebook advertising, we showed both the old and new covers to 1,000 users from the books’ target audiences to see which covers would generate more clicks.

The new covers from our designers received between 12.5% to 53% more clicks — which would be considered a triumph in any marketing situation.

But what did we learn from this experiment? With a little help from top freelance designers, we can reveal the design principles that go into creating a cover that sells.

1. Buyers must be able to see what’s on your cover.

Richard Risemberg’s The Dust Will Answer is a noir-tinged mystery novel set in Los Angeles in the late 1970s. A prolific photographer, Richard used his picture of the LA river as the basis for his cover. Typography nerds will also recognize that the font of the original title and author name is Impact — a typeface most commonly used in online memes.

The immediate issue that seemed to be holding it back was literally one of visibility. The cover was just too dark!

— Mark Thomas, designer of The Dust Will Answer redesign

From left: the original cover for The Dust Will Answer, the revised cover design

To honor the author’s original concept, Mark took another monochrome photograph from the author’s collection — one that suggested a hint of a character — and framed it within his design, allowing the title and author’s name to pop.

When pitted against each other, the new, clearer cover received 53% more clicks than the original. Bear in mind that both covers use images from the same photographer — how it was presented made all the difference.

2. You need to think small.

In most cases, a DIY book cover won’t suffer from issues of contrast, but will otherwise still have legibility issues when viewed on online retail stores.

Something that’s been drummed into me as a cover designer is thinking about the thumbnail. You’ve always got to think about your cover as an inch-tall image on a screen. The first time people are going to see it, it’s going to be tiny. If the title or image isn’t clear at that scale, or if you just can’t tell what genre it’s in, it will fail at that first hurdle.

— Anna Woodbine, award-winning designer who has worked on covers for Jodi Picoult and David Mitchell

Even established publishers will struggle to get this right. In this screengrab, you can see the cover for Writing Fantasy and Science Fiction — rather, you should see the cover. The size of imagery and type, the font choice, and overall design conspire to make very little impact for online buyers. 3. The cover must communicate genre.

Being legible is the most important element of cover design, closely followed by how it communicates the content of the book: namely, its genre.

You can have a great-looking cover, but if the design is not appropriate for the genre, you could be headed for trouble. Take, for example, David Penny’s Thomas Berrington series. Like many authors, David used Facebook advertising to drive visitors to his retail page. While he had plenty of users clicking on the ad, few of them ended up buying the book. The original covers of The Red Hill and Breaker of Bones

David had a problem. While his cover designs looked attractive and professional, they communicated the wrong genre. Facebook users may have clicked on these ads for The Red Hill expecting a serial killer thriller — only to discover that it’s a mystery novel set in 15th-century Spain.

The worst mistake authors make is getting tied to ideas they’ve seen on popular covers without understanding why they’re not appropriate for their book.

To fix his genre issue, David hired designer Jessica Bell to rebrand his entire series with an eye on communicating the content of the book: The revised covers of The Red Hill and Breaker of Bones

After a few months of making negative ROI on his Facebook ads, David updated his covers and saw a significant shift in his sales.

For our experiment, we redesigned the cover of Katherine Heason’s self-published novel, The Fire Within. For this coming-of-age story about a teenage witch in the North of England, the book’s original cover did a reasonably good job of communicating that it is a fantasy novel. However, there is a sense of menace in the detached glowing eye that didn’t suggest Young Adult or that this was a story with a romantic edge to it. In general, there was a disconnect between the design and the intended audience.

From left: the original cover for The Fire Within, the revised cover design

In his redesign, Chuck Regan made a conscious effort to signal both the YA and Fantasy genres. Using a manipulated stock image of a young woman with a glowing, green eye, he was able to communicate that: 1) this is a novel with a young female protagonist, and 2) there will be an element of magic involved.

In the Facebook ads test, both covers were exposed to the book’s target audience, fans of female-driven YA fiction from authors like Veronica Roth and Kami Garcia. Not surprisingly, the new cover was able to draw 28% more clicks than the original.

4. Who is your audience, and what are they used to seeing?

Having a legible cover that communicates the contents of the book is roughly 80% of the battle. The last 20% needed to push your cover over the top is a little harder to accomplish. It will often require the help of someone who knows the publishing market — a professional designer, ideally.

Ahmed Lefty Rashed is an author based in Maryland whose book, What Would a Muslim Say?, is aimed at communicating with non–Muslim Americans and addressing common misconceptions about Islam. His original cover, however, was not exactly optimized for a mainstream nonfiction audience in the US.

From left: the original cover for What Would a Muslim Say?, the revised cover design

Designer Stewart Williams set about creating a cover that was familiar to readers of contemporary nonfiction, while also balancing the needs and message of the book.

I wanted the book to be inviting to those who might otherwise be put off by topics about Islam. I wanted it to be gentle and inviting, scholarly but approachable. We worked with colors associated with Islam and avoided heavy fonts and the color red, so it didn’t come off threatening or urgent.

— Stewart Williams, designer of What Would a Muslim Say? redesign

In the experiment, we showed both covers to an audience of US residents with an interest in Theology, Religious Criticism, or Christianity. In this set — the new cover received 12.5% more clicks than the original.

In a separate experiment, we made another Facebook ad showing these covers to Muslims in America with an interest in theology. Interestingly, the original cover outperformed the new one by 20%. While we didn’t reach a statistically significant sample, the trend there lends credence to our theory that different audiences respond differently to design styles.

5. How does the cover play with trend and cliché?

In our last cover experiment, we wanted to see what we could do with a cover that by all accounts looks good but might benefit from a bit of finessing.

Courtney Hunt is a romance writer and the author of the several wedding-themed novels. Her book Once a Bridesmaid centers around a cynical professional bridesmaid who finds herself reluctantly falling for a photographer.

From left: the original cover for Once a Bridesmaid, the revised cover design

While there were minor issues with legibility on the original cover, designer Caroline Teagle of Penguin Random House saw an opportunity for a design that was in line with trends in women’s fiction. Caroline color-balanced her new cover to be much brighter than the original and selected a typeface that was less on-the-nose with its connection to the theme.

I feel like scripty wedding-invitation type font is fairly cliché. When the bridesmaid is in the title and the image immediately signals wedding, it’s not entirely necessary.

— Caroline Teagle, designer of Once a Bridesmaid redesign

In her final design, Caroline opted for a clean sans serif font for the title and author name and gave the tagline more legibility. Despite the similarity of the photos used on both covers, the change in tone, color, and typeface resulted in a fresher design that sits nicely alongside books by Cecelia Ahern, Julie Garwood, and (recent) Jude Deveraux. In fact, we targeted our Facebook ads at fans of those very authors.

When each design was shown to 1,000 users, the new cover resulted in 48% more clicks.

Through her understanding of trends in the author’s genre, Caroline was able to deliver a cover that was optimized for her target audience.

Of course, ads aren’t the only places where professional covers can help your book thrive. In BookBub’s tips for submitting a Featured Deal, they list professional covers as one of their top criteria for selecting candidates. Without a solid cover design, your book is missing out on countless opportunities.

As we always say: Getting an effective book cover may cost you money — but not getting one will cost you even more.

Click to tweet: Does a professional cover boost book sales enough to justify the cost of a redesign? Data shows the answer is YES! http://bit.ly/2ihawlN

Ricardo Fayet is one of the founders of Reedsy, an online marketplace connecting authors with top editors, designers, ghostwriters, and publicists. An avid reader and technology enthusiast, he likes to imagine how startups will build the future of publishing.